The most popular app testing requirements among leading CIOs include security, performance, functional and load testing.

Companies that favor speed-to-market over a quality customer experience may need to rethink their business practices.

A global survey of 1,600 chief information officers and senior IT executives by consulting and outsourcing firm Capgemini said that companies struggle to match the pace needed for digital transformation. According to Capgemini’s recent World Quality Report 2016-17, customers expect companies to be digital natives in all aspects.

Testing and quality assurance across all digital channels is a major challenge for companies. Multi-channel application testing—mobile, wearables, social and traditional—has increased the pressure to deliver top quality digital experiences.

“The consumer appetite to engage via digital channels is matched only by intolerance for any defects that might have an impact on their user experience and business outcomes,” Capgemini said. “Digital transformation is also fundamentally changing the way in which business and IT interact. Historically, business demand drove IT, but with greater digital capability, this situation has reversed.”

Digital has become a senior-level priority, the report said.

Forty-eight percent of respondents said their organizations do not have the right application testing processes in place.

“With the proliferation of application releases and demand for speed, it is impossible to test 100% of all releases,” the report said. “Instead, the key will be to test the right things, at the right time.”

As more companies transition to a cloud-first business model, there is a commensurate correlation to testing requirements. Fifty-four percent of companies now pay attention to peak load testing—a year-on-year increase of 16%. Load testing rates are in line with security testing and performance requirements.

Security is still at the top of the list but the focus has lessened in the last 12 months. Around 46% of chief information officers see security as an app testing priority, which is actually a 9% decrease from Capgemini’s survey in 2015.

Efficiency or performance testing priority rates also dropped in 2016. Forty-four percent of respondents said performance is as a key area of testing compared to 54% in 2015. Functional testing—a prime focus in 2014—is now a priority for 34% of companies and sits comfortably at the bottom of the pile thanks to the availability of real-world testing environments, the report said.

Speed To Market Should Not Impact Quality

The amount of budget allocated to application testing differs across industry sectors.

The integration of customer data into the testing environment is a minor challenge for some companies.

“While digital has also created an expectation of speed-to-market, it is essential that this speed doesn’t come at a cost to quality,” Capgemini concluded. “Digital transformation is still evolving, with many organizations struggling to make the shift to cloud-native applications. QA and testing has to continue its transformation and work in new ways adapted to this digital world.”

Customers and employees are demanding safer shopping experiences. Here’s what to consider when designing a proactive... 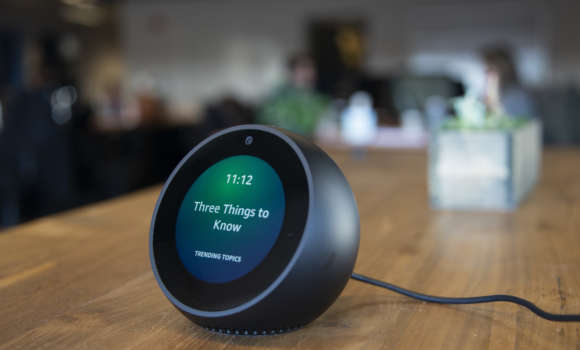