The Evolution of Mobile Stops for No App

The unforgiving mobile landscape has an ‘app’etite for destruction.

The Pet Rock was one of the hottest Christmas gifts in 1975. That was a long time ago, though, and it’s unlikely anything that ridiculous will ever rise to such acclaim again…right?

Enter Yo, a mobile app which served a single function – to send the word “Yo” as a text or audio notification. It was one of the most popular apps in the world in June 2014. That summer, Yo became the #1 social networking app on the US App Rankings and was valued between five to 10 million dollars.

Let that sink in. An admittedly “dumb” app was being valued at roughly one million dollars for every hour it took to create. Doesn’t seem fair, does it? You spend countless time, resources and energy creating an app to be proud of, just to see an app like Yo rise to the top of the rankings.

Lucky for you, Yo’s story didn’t end at app superstardom. Within three months of its unlikely rise, it had fallen off the app rankings completely, and now (similar to the Pet Rock) serves as a reminder of how unpredictable consumer adoption can be.

It also proved that the evolution of mobile stops for no app.

There’s only one thing that can ensure your mobile app will be well-received and used for a long time: a superior digital experience.

On the other hand, a subpar customer experience can cripple a company. In fact, a poorly performing digital property can have a negative impact on a user’s overall opinion of your brand. A recent survey found that 60% of consumers indicated a poor website or app performance would cause them to be less loyal to a brand. Right or wrong, users have incredibly high expectations when it comes to digital quality.

Historically, when companies wanted to improve their digital quality, they did so within the sterile environment of a lab – far removed from where their users live, work and play – or they used a combination of feedback from employees, friends and family. The evolution of mobile eliminates these options as effective solutions on their own.

If testing for mobile apps is conducted exclusively in a central location, teams can’t really be sure they will work in the hands of actual users in the real world. There are just too many things that could go wrong when your app is given to real customers on real devices in locations all across the globe.

All that being said, what can you do to ensure you’re providing the best digital experience possible to users? For customers like Dow Jones and Shutterfly, crowdtesting has proved to be an effective panacea.

Crowdtesting gives brands access to experienced testers around the world who will test your app in the same scenarios your users will actually experience it. Testers use real hardware, with real software, on imperfect connections. In short, they test under real-world conditions. Crowdtesting covers all types of testing, from usability and accessibility to exploratory and payment validation.

As the mobile market continues to grow, those brands that emphasize quality and pay special attention to real-world test coverage and feedback will enjoy increased market share, profitability and – above all – user loyalty and delight. 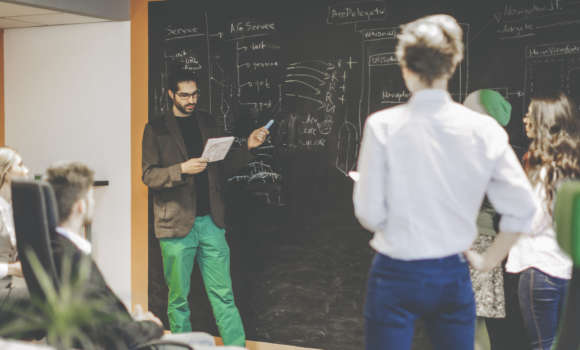 It’s All or Nothing on Agile

Without a real commitment to Agile, you will never mature.