Developing Countries Will Drive The Growth Of The Internet Of Things

Harvest time comes for the Internet of Things.

As the globe moves closer to being 100% connected, developing and emerging markets could be key drivers in the Internet of Things. According to the ITU’s 2015 Measuring the Information Society Report, the economic value of the IoT is still subject to a number of variables but the developing world represents a sound investment.

The report cited research by McKinsey that said 40% of worldwide IoT market value would be generated from developing countries by 2020, many of which would be building new information technology infrastructure as part of the

Leveraging the connected needs of countries to make the IoT an indispensible part of ongoing development makes a lot of sense. Depending on which analyst’s data you choose to follow there could be anywhere between 26 billion and 100 billion devices connected to the IoT by 2020, the report said.

Understanding What The Internet Of Things Can Do

For the developed world, the IoT is often thought of as just Web-connected devices—smart homes, cars, smart refrigerators, thermostats, toasters etc.—but person-to-machine and machine-to-machine communication is much more than that.

The ITU Telecommunication Standardization Sector defines the IoT as “a global infrastructure for the information society, enabling advanced services by interconnecting (physical and virtual) things based on existing and evolving interoperable information and communication technologies.” This makes the IoT almost perfect for any country that is building an infrastructure from scratch.

For example, 50% of all current IoT activity is centered in manufacturing, the report said. Companies are experimenting with new ways to mine data and improve workflow while increasing operational efficiency … all of which could be of great use in countries that want to become bigger players on a world stage.

More developed countries see the application of the IoT as an essential part of running sustainable cities through smart grids and data management. Utilities know that they can monitor water systems, check air quality and manage waste or sewage with IoT connected devices. The ITU report cites the fact that response times to humanitarian disasters can be quicker thanks to the IoT, with connected devices able to record and leverage data that can be of use in dealing with the aftermath. Drones can be used in agriculture, wireless sensors can track crop growth and unmanned vehicles can reduce physical labor.

The Perfect Place To Innovate In The Internet Of Things

Here’s the thing … developing and emerging markets would like to have these innovations too.

China has a long history of air pollution and is making a real attempt to reduce its carbon emissions. Africa is in dire need of clean water technology and energy efficient solutions to alleviate the impact of low-tech power grids. India has a population of 1.2 billion that is becoming ever more engaged with mobile and has a potential app economy that could create 600,000 jobs by 2016, ZDNet reports.

The hype around the IoT has been building for some time, so it is of little surprise that developing and emerging markets would want a piece of the action.

Gartner’s annual Hype Cycle places the IoT firmly in the peak of inflated expectations and it will eventually make its way into the trough of disillusionment. Developing countries have not really had the opportunity to interact or engage with the IoT thus far, but that is the crux of the problem.

For the Internet of Things to fully realize its potential, it needs to align various aspects. In developed nations, these are taken for granted. The same cannot be said of developing and emerging countries.

“IoT brings together and requires the cooperation of various stakeholders in the ICT sector: from consumer electronics manufacturers to telecommunication service providers and application developers,” the report said “In addition, for IoT to fulfill the high expectations created, other stakeholders outside the ICT sector need to be engaged, including car manufacturers, utilities, home appliance manufacturers, public administrations and many others.”

The key aspect here is infrastructure, especially in terms of telecommunications. As part of its Connect 2020 Agenda, the ITU has made increased access to Internet a priority and that could bridge a growing digital divide.

The IoT relies on connectivity and data processing to function successfully. Developing nations are still in the early stages of developing efficient networks. For example, broadband connections—both high and low speed—are a significant part of how developed countries are engaging with the IoT. The ITU report flagged this as a concern in it’s review of developing and less developed countries.

And it is this lack of connectivity that could prevent the IoT taking root in Africa, India and even some parts of rural China.

Developing and emerging nations are caught in a Catch-22 situation … they are the regions that could most benefit from IoT applications and innovations, yet they don’t have the communication structure to do so. The same can be said of any IoT tools that can monitor agriculture, water quality or even predict the effects of extreme weather. The value derived from the Internet of Things comes from its connectivity and data management abilities, two elements that might not be at the top of the list for a farmer in Chad.

So how can developing and less developed countries solve the problem? The answer is straightforward … regional investment into the infrastructure that supports the Internet of Things.

That investment does not have to come from the countries themselves, rather it will take a global effort to make sure that certain parts of the world are not left trailing behind the others. The IoT has the potential to revolutionize the world and it seems logical that the places that can benefit most from that potential should be able to do so. When that happens, the IoT will race towards the plateau of productivity. 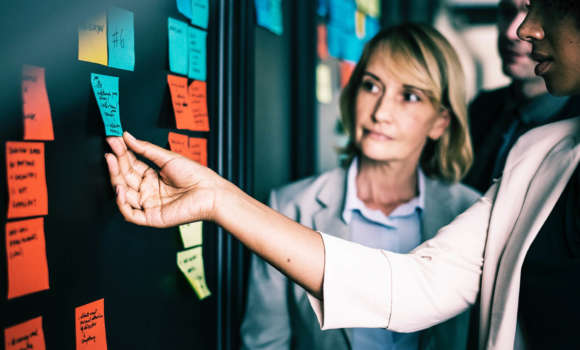 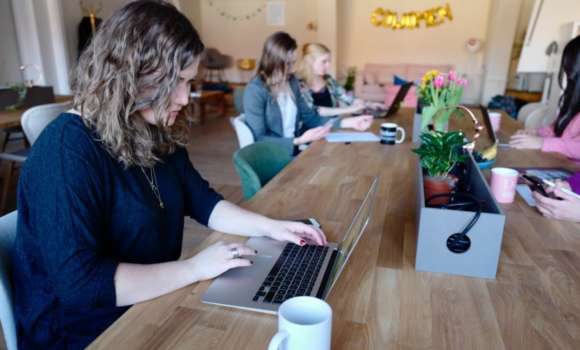 In the first article of this series which focuses on organizing your QA teams in an agile way, Jean-Pierre Lambert...