Time really is money for lawyers.

There is a process known as discovery in any legal matter. This procedure is where legal teams unearth all data that is relevant to a case. Though it’s very important, many lawyers dread the process because it can be tedious, expensive and time-consuming. Mistakes during discovery can even damage a case. Losing time (and money) because of discovery is a real risk because traditional ediscovery tools are slow and difficult for lawyers to use. Texas-based CS Disco, however, simplifies discovery with a different approach.

CS Disco is a leading provider of software-as-a-service (SaaS) legal solutions. Developed at a litigation boutique in Houston, the idea was the result of the law firm’s frustrations with conventional ediscovery solutions. The firm found that traditional methods were unwieldy and weren’t intuitive to actual lawyers. Being part of a firm themselves, the founders of CS Disco created a solution that is for lawyers, by lawyers.

The key to CS Disco’s unique solution is an internal law review. This review mandates that a group of former litigation partners and associates sign off on every feature before anything goes live.

The idea of an intuitive SaaS legal solution quickly caught on; so much so that CS Disco found its rapid growth and frequent feature releases left it vulnerable to regression testing issues. Jonathan McBride, director of software quality for CS Disco, knew that change was necessary in order to continue growing while protecting the solution from any quality oversights.

“I like to spend our manual testing time on new features that are coming out,” said McBride. “Going back and trotting over the same ground you have trotted over again and again is not only boring for the testers, but it leaves a tendency to become complacent, fatigued, and make mistakes. Computers don’t do that.”

Applause Test Automation Services are designed to efficiently set up an automation solution for clients in just six weeks, as opposed to the months it would take to stand up an expensive in-house solution. Applause connects clients with web and mobile automation engineers who provide this quick start program supporting web, iOS and Android apps. Once the services are set up, clients have two options: They can choose how they utilize the automation framework, device cloud and dashboard on their own; or they can leverage Applause’s managed services. In the second option, teams of Applause automation engineers continue to develop and maintain automated tests as clients’ applications evolve over time.

CS Disco utilizes Applause to manage its solution’s webdriver lifecycle management and Browserstack integration layers. Applause frees up CS Disco’s developers to focus on improving the product and keeping up with an aggressive release cadence. In fact, since it began leveraging Applause’s automation in its agile environment, CS Disco has increased the speed of its build cycles by 2X. Choosing to work with Applause’s automation engineers, McBride was able to expand the capabilities of his team, without feeling outsiders were in the CS Disco environment.

Speed and efficiency are paramount in a profession where time is money. Applause helps CS Disco keep up with its aggressive release cadence by streamlining its testing processes.

Learn more about how CS Disco utilizes Applause in the full case study. 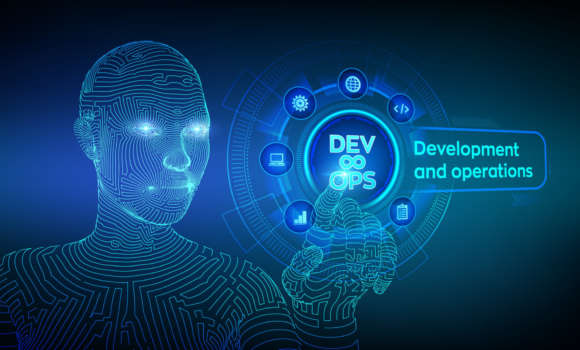 Do You Have the Skills to Thrive as a DevOps Engineer?

The best DevOps engineers have a unique and varied skill set

How to Build a Test Strategy Around Automation

Your automation strategy should evolve based on product maturity level