Google Home will ramp up the battle for control of the voice-activated device market.

Let’s get ready to rumble …

Google Home may have been playing catch-up to the Amazon Echo, but the gap is closing.

At Google’s I/0 2017 developer conference in Mountain View, the company announced that its voice-activated device is about to get a significant upgrade. Over the next few months, Google will roll out new features and partners that will take the battle for home supremacy to the next level.

Google Home will have four new features as standard—proactive assistance, hands-free calling, Bluetooth support for connected devices and visual responses. In addition, Google’s mission to optimize the device as the best possible speaker will be ramped up, thanks to the integration of not only Spotify’s freemium service but also SoundCloud and Deezer as Google Home “actions.”

Google Home Ramps Up The Usefulness

Proactive assistance is, on a very simple level, push notifications for voice-activated home-based devices. One of the common complaints that people have is that these devices react when asked questions, but generally stay silent until somebody speaks. This new feature will allow people to find out relevant information without the need for a wake word.

“We’re going to start simple, with really important messages like reminders, traffic delays and flight status changes,” said Google’s vice president of product management, Home Products, Rishi Chandra, on stage at I/O 2017. “With multiple user support, you will have the ability to control the type of proactive notifications you want over time.”

To be fair, Amazon made a similar announcement prior to Google’s development conference with its “Alexa Calling” service that is already available to Echo device owners. The difference is that Google’s version allows people to call phones—mobile and landlines—as opposed to Amazon’s Echo-to-Echo or Alexa-App calling.

Google Home’s multi-user capability will also ensure that people call the person they want, as the device will recognize the speaker and access the appropriate contact list. For example, just saying “call Mom” can be a problem if several people live in a house, but the machine learning capabilities of Google Home will make sure that the right mother is called. An added bonus is that Google Home owners in the U.S. or Canada call for free.

Visual responses are being integrated into Google Home’s capabilities. People will be able to ask the assistant for directions to an address, say, and those images be cast to either your phone or Chromecast-enabled TV. People will also be able to ask the assistant to show video content or favorite shows just by speaking out loud, with that content beamed to what Google called “the appropriate screen.”

The Stage Is Set For A Voice-Activated Battle

All of these new features will be rolled out in the coming months.

The key component to their success is Google Assistant, which is reportedly getting better at natural conversation. Over 70% of requests to the assistant are expressed in natural language, Google said, with numerous requests being contextual or follow-ups.

The question remains though as to whether these features will be enough to eat into a market that is arguably controlled by Alexa. A recent report by eMarketer said that the Amazon device currently accounts for around 70% of the voice-activated device market, with people increasingly comfortable with speaking out loud. Hands-free calling aside, Amazon has already announced that push notifications are on the horizon, while Spotify has been part of the platform for some time.

For the moment, Google Home is the only other player in the game, but that could change in the very near future. Microsoft used its recent Build conference to highlight Cortana’s potential and rumors abound that Apple is considering its own entry into the voice-activated home device market.

One advantage point for Google Home is that the device will soon be launched in Australia, Canada, France, Germany and Japan, bringing its total reach to seven countries. The Amazon Echo is only available in three countries—the U.S., UK and Germany—but it is unlikely that Alexa will remain limited to those territories. 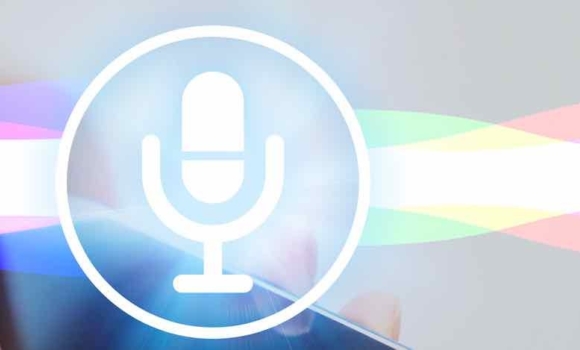 What Voice Search Means to the Future of Retail