Peak app? Not now, probably not ever.

Anybody betting on the apps economy bubble to burst in the near future should look away now.

A report by mobile analytics provider App Annie said that the mobile apps economy will be worth $6.3 trillion by 2021. According to App Annie’s latest forecast, the unstoppable march of the apps economy has a direct correlation with not only our increased engagement with apps but also the continued growth of device ownership.

By 2021, 6.3 billion people will have a mobile device of one sort or another, App Annie said. When you compare that to device ownership in 2016—around 3.4 billion people, reportedly—then you don’t need to be a mathematical genius to work out that an increase in device base will mean a rise in monetization opportunities.

In 2016 the global apps economy generated revenue of $1.3 trillion over three types of monetization—mobile app stores, in-app advertising and mobile commerce. The report said that 3.4 billion device owners spending a cumulative total of 1.6 trillion hours in apps equated to an average of $379 per person across these identified monetization streams.

The increase in device ownership in 2021 will significantly increase the level of generated revenue. Even so, $6.3 trillion is an astonishing figure. This is a number that—if it were a nation state, App Annie said—would be the third largest on the planet.

Much of that money will come from the simple fact that people will naturally spend more time in apps as part of their daily lives—App Annie predicts that time spent will increase from 1.6 trillion hours in 2016 to 3.5 trillion in 2021.

And, yes, these are numbers in the trillions, not billions.

The Apps Economy Is Not Slowing Down.

Unsurprisingly, the increase in revenue will be directly linked to the amount of total spend per person over the next four years, with the report forecasting global annual spend of $1,008 per person by 2021. On a country-by-country basis, China will be the big spenders, followed by the United States. Japan, the United Kingdom and India round out the top five countries that will contribute to the increase in cumulative app spend.

Over the last 12 months or so there has been a consensus that the apps economy juggernaut will run out of steam. This viewpoint is (it appears) some way from the truth.

“The trajectory of the app economy across geographies, income levels, demographics and nearly every major industry has been astonishing,” said App Annie. “Since the launch of the iPhone 10 years ago and the launch of the iOS App Store and Android app stores nine years ago, we have seen new use cases, business models and technology innovation fuel this vibrant and dynamic market, creating the enormous opportunity we have today.”

So what is driving the apps economy to new heights?

The answer is that mobile first has become the status quo for both brands and device owners. App engagement and time spent are the metrics that define the monetization of an app, so much so traditional physical transactions have—inevitably—shifted to apps.

The mass adoption of the ubiquitous computer in our pockets made app monetization a priority for the mobile economy. Commerce has always been a key factor in this monetization process and, according to the report, will be the single largest driver of app economy growth in the next four years.

“Global mobile commerce is outpacing other forms of monetization and growing at a 38% CAGR through the forecast period. We project that mobile commerce per user globally will increase from $344 to $946 by 2021,” App Annie said.

Consumer spend in the mobile app stores will also increase.

The app stores are forecast to have a compound annual growth rate of 18% and will reach $139 billion by 2021. The App Store has—to date—been the cash cow of the apps economy, but will be overtaken by the combined might of Google Play and third-party Android stores by the end of the year, the report said. However, the App Store will continue to be the largest single store, generating revenue of over $60 billion by 2021.

Although no market can ever expect unchecked and continual growth, the apps economy defies the concept of “peak app.”

Irrespective of what people are doing, the ubiquitous computer in the pocket is never far away from their hands. In fact, a 2015 study by Bank of America—cited by Huffington Post—said that 71% of people even sleep with their mobile phone within reach … presumably so that they can open their favorite apps or start spending as soon as they wake up.

“Given increasing investments in mobile and specifically in apps by companies across industries and in mobile’s ever-expanding centrality in our daily lives, we project the app economy will add more than $5 trillion in value over the next five years, resulting in a $6 trillion app economy by 2021,” App Annie concluded. “In context, that means users and developers will deliver growth equivalent in size to the economy of Japan by 2021—creating enormous opportunity for companies across industries and around the globe.” 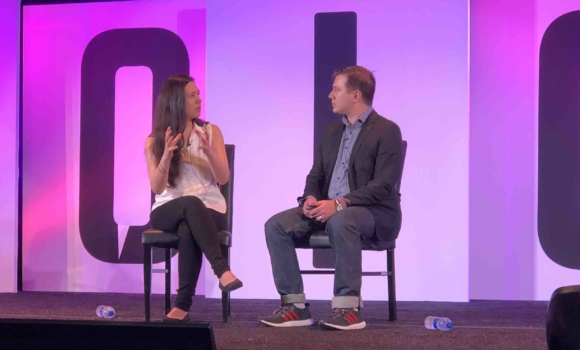