88% Of People Will Abandon An App Because Of Bugs

If bugs didn’t exist, there would be nothing to complain about.

As software and apps continue to consume our daily lives, developers must make sure that they make every effort to eliminate bugs before they release an app into the real world.

A survey of over 1,000 Americans by QA and software testing company QualiTest said that 88% of people would abandon an app if they encountered bugs or glitches. Around 51% of those people said they would probably stop using an app completely if they experienced at least one bug every day. And 32% of all respondents said they were likely to abandon an app the moment they encountered a glitch.

Bugs are becoming relatively easy to spot by consumers. A full 78% of people notice a bug in the apps they use on a regular basis. Around 29% of people said that bugs or glitches appear in apps one or more times every week. Age was also a factor; people aged between 25- and 44-years-old were most likely to spot bugs in their apps, QualiTest said.

“The results of our survey clearly show that app users notice bugs in their apps and are willing to stop using an app or abandon it completely based on those bugs that interfere with their user experience,” said QualiTest’s chief marketing officer Ami Sterling, in a press release. “In today’s competitive landscape, with thousands of new apps released each month, the survey’s results show that quality is a key differentiator in determining an app’s success.”

The fact that almost nine out of 10 people are willing to dump an app because of bugs should be a concern to every app developer. Delivering a relatively bug-free product from day one is not always possible, even more so when you take into account the twin pillars of customer expectation and speed-to-market.

In terms of a bug impacting on user experience at that moment, the majority of people were ambivalent—31% said they were neither likely nor unlikely to stop using the app right there and then. The rest of the sample set was evenly matched; 32% fell into the “likely” camp, 37% into “unlikely.”

People also failed to be aware of bugs … even if they were there. A full 33% of people said that they rarely experienced or noticed glitches in the apps that they used. One in five people said they never noticed bugs, although a similar number said they had problems “multiple times a week.”

Bugs Are Part Of Connected Society

With that in mind, Applause has noted on numerous occasions that app retention rates are a vital part of the digital economy. Apps that are consistently buggy or don’t provide the experience that people want will not get used. End of story.

A recent report by Localytics said that 80% of all app users churn within 90 days, with 36% of apps displaying a retention rate of a month or less. Around 25% of people will use an app just once, which means that an established metric such as app installs has little relevance if there are very few active users.

When you consider that there are over 3 million active apps available in the App Store, according to Pocket Gamer, with a similar number taking up space in the Google Play Store, then it doesn’t take much to realize that a bug-ridden app experience is unlikely to get rave reviews or return visits from the average person.

One factor to take into account is that there are apps that people use everyday, which have a stickiness that is (in theory) not disrupted by the presence of bugs.

Some of this can be attributed to a user experience that can skate over the presence of a few annoying glitches, while there is obviously an elite group of apps that are almost beyond reproach—it is hard to imagine that people would abandon any Facebook product if they encountered the odd bug every now and again.

See also: The Consumer Appetite For Digital Is Only Matched By Its Intolerance For Defects

Bugs are an occupational hazard in the digital economy. Any developer who thinks that their app is bug-free is either wrong or unwilling to accept that glitches are part and parcel of getting the product right. App abandonment is not a foregone conclusion if an app has a glitch, but it will (obviously) have a knock-on effect in terms of the overall user experience.

Lead image: “Lady and the Peach” via Flickr by Onny Carr, Creative Commons, no changes made. 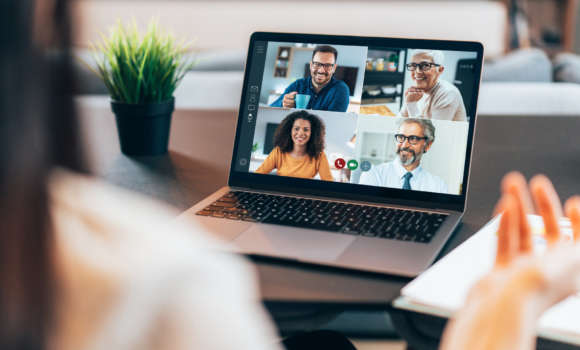 How to Maintain Business Continuity When Working Remote

A global pandemic doesn’t mean you can’t be effective

Here’s what you need to know about WCAG, compliance, and how to get started with accessibility testing