The future of healthcare could be heard loud and clear at Voice.Health.

Voice technology has the potential to revolutionize many industries. Consumers can already purchase products just by asking their Amazon Alexa or Google Assistant to do so. Drivers can connect with their favorite apps in a hands-free way while they are in the car. However, of all the potential verticals set to change drastically, healthcare stands to be impacted most by voice.

That’s why I spent two days last week at the Voice.Health Summit in Boston. The conference brought together a diverse group of clinicians, patients, entrepreneurs, and engineers to discuss the latest in voice tech and possible applications for voice in the industry.

The Voice.Health Summit was part of the Boston Children’s Hospital’s Connected Health Conference (CHC). On day one of the summit I was able to take part as a judge in a Hackathon, led by Hacking Pediatrics, where teams had just under five hours to build a compelling voice experience on Amazon Alexa related to pediatric health. The winning team designed a voice skill called My Question, which enables parents of sick children to ask questions about the child’s condition and learn more about the on-duty physicians in their care team.

The sessions started on day two of the conference. Our emcee for the event was none other than the original voice of Siri, Susan Bennett. 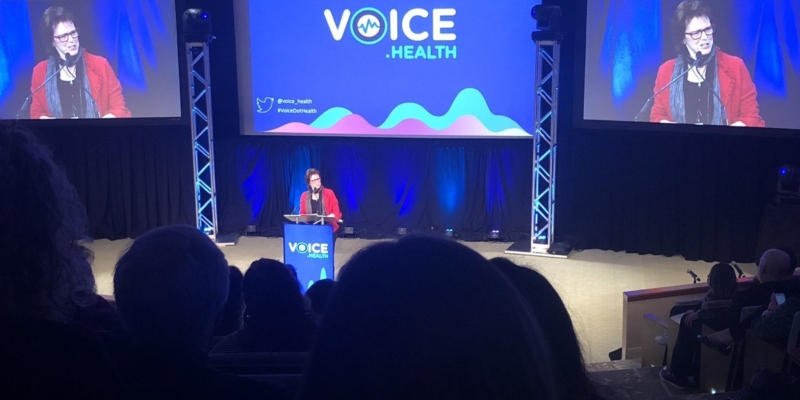 The speakers and content throughout the event were fantastic, showcasing the excitement the healthcare industry has for the potential of voice. This energy was especially apparent in two panel sessions. The first featured speakers from Luminary Labs, Nuance Communications, UPMC Enterprises, and Deloitte talking about voice tech in the clinic and how clinicians are impacted by the emergence of voice technology. The second panel focused on the consumer implications of voice tech and featured speakers from Amazon Alexa, LifePod, Orbita, and Wellpepper. 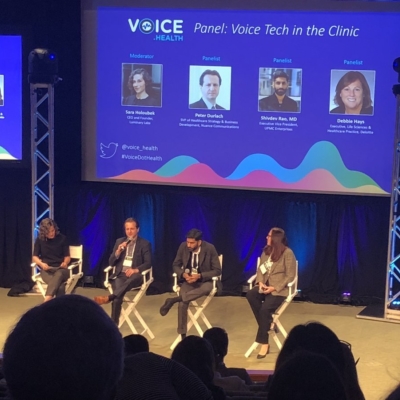 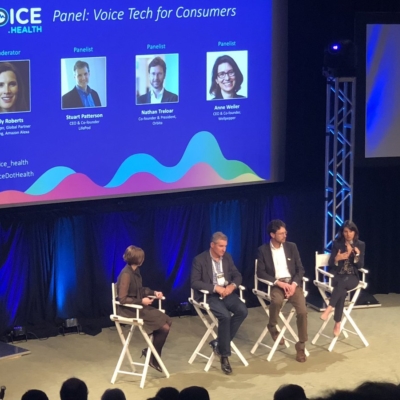 I also had the opportunity to take the stage to talk about the importance of testing voice apps to ensure they provide the best customer experience possible. Due to the high-impact, high-emotion nature of peoples’ experiences with healthcare, I think we need to hold ourselves to a higher standard than traditional convenience- and entertainment-focused voice experiences. If the rest of the voice world is following the traditional Hippocratic Oath – “First, Do No Harm” – in healthcare, we should follow the new Voice Hippocratic Oath – “First, Do Good.” 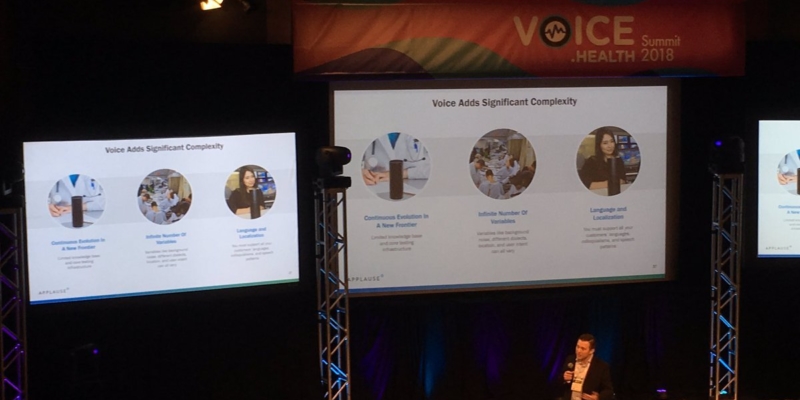 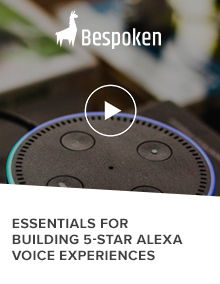 How Voice Can Elevate Your Omnichannel Experience

Voice presents yet another engagement opportunity along the customer journey. See how you can make it count.

How to navigate the complex voice ecosystem towards success.