Algorithms can eliminate poor scripts and increase time to value

The transformation of software development and testing has only just begun. As we enter a new decade, traditional manual and automated testing will remain essential, but there are new alternatives with artificial intelligence (AI) and machine learning (ML) entering the ring.

In recent years, organizations sought to quickly deliver value to customers. This led to a shift from Waterfall to Agile and DevOps methodologies. To succeed in a DevOps culture, organizations need a high degree of automation present throughout their entire pipeline of activities, including testing.

While these organizations found ways to build and develop software in smaller chunks (e.g., sprints, a squad team structure, other DevOps processes), the QA element has remained stable.

This is where new AI and ML algorithms come into play.

Given these issues, QA teams are seeking more stable alternatives that are easier to script and maintain, and offer faster time to value or feedback. For many software testing teams, the answer is ML-based test automation solutions.

Use cases for ML-based test automation

Organizations cannot and should not completely shift their test strategy to ML-based testing. Development and testing teams should assess when ML-based testing is right for them, with clear KPIs and success metrics spelled out.

The following are four of the top use cases for ML-based test automation. These can serve as a starting point to find other use cases:

Flaky, code-based test scripts are a killer for your digital quality and are often the result of poor coding practices. This reduces confidence in test automation scripts. How do you know if you have flaky test scripts? Here are some indicators:

If you have flaky scripts, identify your testing bottlenecks and where you’re not getting value from code-based test automation.

If your flaky test scripts were originally developed using a code-based programming language (e.g., Java, JavaScript, Python, etc.) in an integrated development environment (IDE), you can record those scripts with ML-based tools, and play them back as many times as needed across platforms. You can do that from the ML tool’s UI itself, or through a continuous integration (CI) server.

Flaky code-based test scripts are a killer for your digital quality, and are often the result of poor coding practices.

The lack of skills in Agile feature teams represents an opportunity for data scientists and business testers. These non-testers can leverage the ML-based tools and create robust test automation scripts for functional and exploratory testing through simple record and playback flows.

You also must consider how teams will view the two methods’ results. Teams must strive towards a consistent quality dashboard that shows both test automation reports in a single view so management can assess the overall product quality with ease.

What makes ML-based test automation so much faster? Code-based testing requires the developer to build the proper environment (e.g., Selenium Grid), set up the prerequisites through code and debug the code from within the IDE. This takes significant time, skills and effort — and it’s not a one-time investment. As the product changes, the developer must continually update the code.

On the other hand, ML-based test creation is typically a record-and-playback process with built-in self-healing algorithms. This generally does not require heavy maintenance, unless there are significant changes in the element locators or the product itself.

However, ML-based tools are less mature than code-based tools. As a result, there is less flexibility and integration with other tools and frameworks. You should consider this last point as you scope out where to apply ML-based automated testing.

The future of ML-based test automation

You can expect a lot of change in the ML-based test automation realm over the next few years. For starters, ML tools are evolving, and the next one to two years are critical for DevOps teams to adopt, integrate and change their processes to bring these tools into their SDLC.

Teams will need new methodologies to determine when they should use ML-based versus the traditional code-based options. In addition, the tools will need to seamlessly integrate into existing CI/CD tools and frameworks as well as reporting structures.

Lastly, ML tools will evolve to cover additional testing types outside of functional testing, such as security testing. 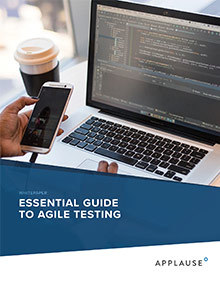 The Essential Guide To Agile Testing

Discover why the hottest startups and established enterprises are turning their focus to agile development. 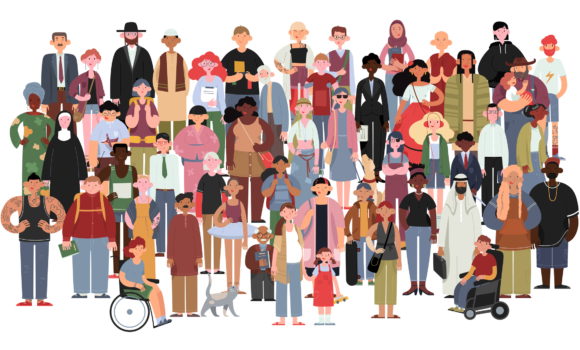 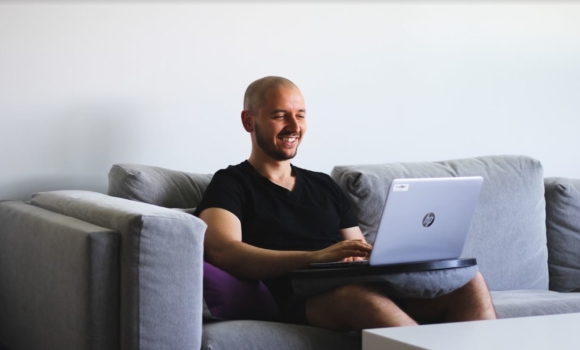 Kiril Yunakov works as a Community Manager in our Applause Berlin office. Since joining in 2017, Kiril has led many exci... read more