Smart Refrigerators Prove The Next Era Of Digital Experience Has Arrived

The LG InstaView fridge is more than just a fridge. It is the proof of concept of a coming era of technology

LG has built a refrigerator that fulfills the promise of years of technological evolution and innovation.

In technology, we like to talk a lot about what’s coming. Oftentimes, the innovation is theoretical or it is locked behind closed doors at some big company or research organization. Every once in a while a company will announce a proof of concept that sets the media on fire, only to spend the next five years in the R&D department, sometimes never to be heard again.

And then, all of a sudden, it’s just here.

At CES 2017, LG proved that an era of theory and buzz, hype and hyperbole is over and that a new, real and very tangible era of innovation is now upon us.

This new era is informed by the previous generation—The Mobile Revolution—and takes it to its next logical conclusion.

Mobile Was A Promise

Smartphones used to dominate the show floor at CES, the largest technology show in the world held every year in January in Las Vegas. The Motorola Atrix, a smartphone that could plug in and run a laptop, was named best of show at CES 2011.

Smartphones are now passé. Everybody has one and the difference between top models is the difference between strawberry or chocolate ice cream. No smartphones will be announced at CES 2017 (and if there are any, nobody has noticed). New, early year phone models are now announced almost exclusively at Mobile World Congress in Barcelona, to less and less fanfare every year.

When we talked about The Mobile Revolution (which consisted of three primary components: apps, hardware and cloud), of which LG was definitely a big part, we were talking about potential. A computer in everybody’s pocket was just the start of an idea. The campaign to prove “there’s an app for that” was just a promise.

The promise was that the type of innovation that company’s put into phones would eventually break out, mix with other new technologies and launch us into a new era … one that looks a whole lot like science fiction.

Which brings us back to the refrigerator.

The Fridge That Proves The Concept

Somewhere around 2013, the dull prognosticators of the technology industry began declaiming that innovation was dead. These are the people that couldn’t look past the iterative development coming out of Cupertino and the latest vanilla version of the iPhone. They could see no future past mobile.

It was also around this time that several projects were taking shape at different companies that would mix with the foundation of The Mobile Revolution and create a whole new environment: machine learning, artificial intelligence and voice platforms. Mix those together with progressive enhancement in the realms of connectivity, cloud infrastructure, displays and sensors from the consumer electronics industry and a recipe was built for the future to rapidly arrive on the scene.

For a while though, all this machine learning guff was just a bunch of researchers and developers talking about projects and technology journalists eating it all up and saying, “hey, here is the next big thing!” Bots are a good example of this.

Ideas are not real if they are just words on a page. The full force of technological evolution is not tangible until you can touch it, feel it, interact with it. In 2017, that even means talking to it (in 2017, it especially means talking to it.).

And thus, we have the LG Smart InstaView refrigerator.

To astute observers, the LG Smart InstaView fridge will look familiar. It looks just like the smart fridge that Samsung came out with at CES 2016. Like Samsung’s Family Hub fridge, the LG Smart InstaView has a large touchscreen panel (a 29-inch LCD display) on the right door. Like Samsung, that touchscreen can run apps (through webOS), take notes and help you order groceries. Like Samsung, it allows people to look into the fridge without opening the door and has an internal camera so you can see your food from your smartphone. Like Samsung, the LG version of the smart fridge is elegant, technological overkill.

Update: At CES 2017, Samsung announced the Family Hub 2.0 refrigerator that also has voice, personalization options, TV mirroring, music streaming with iHeart Radio and Spotify. Samsung has its own voice technology systems and does not appear to be using Alexa Voice Services. The next step that LG has taken is to add the en vogue technological features of the moment—machine learning and voice platforms—and add them to the fridge.

Machine Learning And Alexa As Features

Here’s a funny thing: the evolution of machine learning and artificial intelligence (which includes the maturation of natural language understanding … IE, voice platforms) can now be considered “features.” Through appliances like the LG Smart InstaView fridge, which is just but the tip of a coming wave of similar products, machine learning and voice platforms leap out of the lab in into your kitchen. Or your car. Your office, your television your living room. 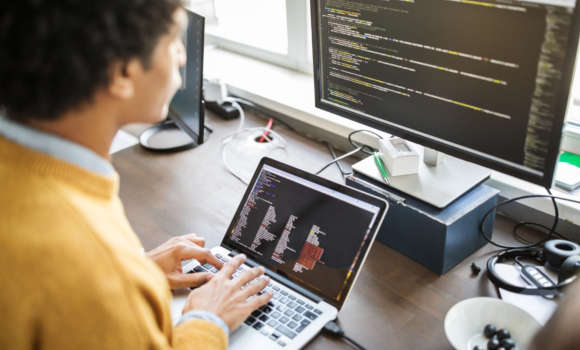 Checklist to Shift Your Testing Left

How well is your team shifting its testing to the left? 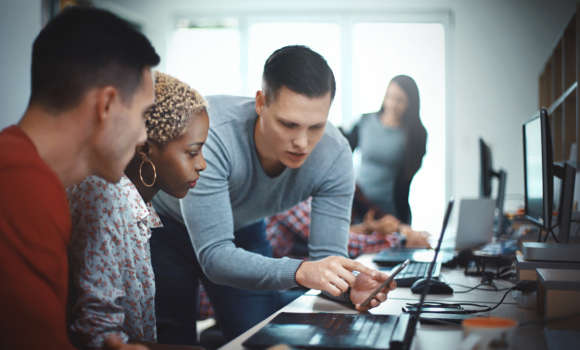