Why messageLOUD Turned To Crowdsourced Testing To Encourage Safe Driving

MessageLOUD is the only app that automatically reads your texts, WhatsApp messages, and email out loud, while enabling you to delete, dismiss, or call back.

We have been able to make sure critical issues were found and resolved before the release
Garin Toren
Tweet This!

Reading or replying to email and texts while driving is dangerous. In fact, the practice of “texting while driving” is now the leading cause of deaths for teens in the United States. And although 46 states have made texting and emailing while driving illegal, people are actively using their phones while in control of a vehicle.

A distracted driving study conducted in 2016 by the Center for Internet and Technology Addiction said that 70% percent of drivers revealed that they used their smartphones while driving. According to the study, 61% of people admit to texting, with 33% of people either reading or sending emails while they are behind the wheel.

First launched in 2015, the messageLOUD app automatically reads your texts, WhatsApp messages, social media updates and email out loud. In addition, the app enables a person to delete, dismiss, or call back the sender without ever looking at your phone. In other words, messageLoud is a personal megaphone that allows people to carry on without interrupting their current activity … such as driving, for example.

New York-based messageLOUD’s application works by simple screen swipes to perform actions. For example, if a person would like to play a text message, a simple swipe up on the phone plays that message aloud. If they would like to inform an incoming caller they are currently busy, they can swipe down and a previously loaded message will be forwarded to that caller.

The success of a mobile app company like messageLOUD hangs entirely on the feedback of its customers. This means that the app not only needs to be bug-free and easy-to-use but also must make the user feel safer.

Although messageLOUD has an internal QA team, the company understands its own staff may be too close to the product to see it as a new customer would or even approach the app in a completely unbiased way. With safe driving as its stated mission, the messageLOUD team must be painstakingly meticulous and ensure no area is overlooked.

Testing Is An Essential Part Of Keeping Drivers Safe

Prior to the app’s launch in late 2015, messageLOUD required a group of professional grade beta testers. Internal recruiting for these testers proved to be incredibly time consuming and expensive. Also, without proper procedures already in place, it turned out be nearly impossible to gather all the feedback and analyze the data in a meaningful way that fit with the launch timeline.

Push back of the official launch date was not an option; messageLOUD needed to find a third party to provide quality beta testers and feedback for the launch.

By working with messageLOUD’s QA team on a series of weekly test sprints, Applause was able to ensure the app was problem-free. With a community of professional testers around the world, Applause was able to scale up the number of testers quickly both in the U.S. and internationally in order to identify issues prior to launching the app.

Digital success is achieved when brands listen to customers and recognize that those people define app quality. In essence, the customer decides which brands win or lose.

Thanks to Applause’s usability testing, messageLOUD was able to gather certain demographic data (gender, age, location) of its testers to highlight which people feel more or less confident with the app. Additional information was obtained via a general feedback questionnaire.

Shortly after coming on board, an Applause usability expert provided messageLOUD with a comprehensive report detailing user feedback, actionable results and expert opinion. In addition, Applause recommended the next steps on how to make the most user-friendly app possible.

While messageLOUD’s in-house QA team found over 80 bugs, Applause testers put the app through its paces under real-world conditions and found an additional 100 bugs over a six-week period, This enabled the messageLOUD team to address critical issues before its initial release.

“By working with Applause, we have been able to make sure critical issues were found and resolved before the release,” said messageLOUDS’s CEO and founder Garin Toren. “Applause enabled us to make rapid improvements and get to market faster than we otherwise would have, and the quicker we get to market with new builds of our app means more people downloading it and using it. And that can save lives.” 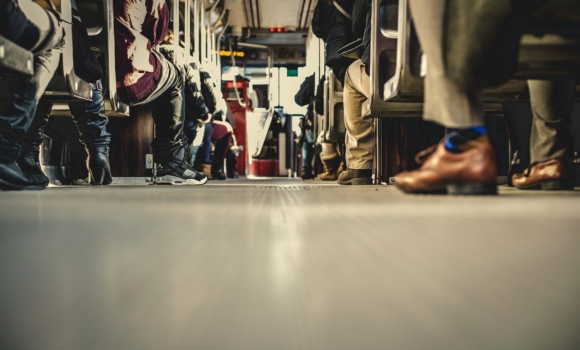