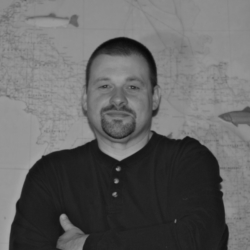 John Kotzian is an Applause Test Architect and manages global teams of testers to deliver quality results to many industry-leading organizations. John has been with Applause for over a decade and has been working in quality assurance testing for over 20 years.

John worked at Borders for many years starting in inventory management. John would eventually graduate to a role as Senior Quality Assurance Analyst. John was also a member of the uTest community and experienced first-hand the role of an Applause tester. Before becoming a Test Architect for Applause, John spent nine years participating in and becoming a leader within the uTest community.

In his personal life, John is an accomplished historian and author. John specializes in the maritime history of the Great Lakes. He wrote, "Sky Pilot of the Great Lakes", published in 2014. John also co-authored "Birds and Beacons of Michigan" with Kimberly Kotzian, which was released in 2020.