Why Traditional Digital Metrics May Not Apply To Voice Apps

Voice-activated devices may be the current darlings of the digital economy, but its nascent apps marketplace is already facing a significant problem.

A report by voice analytics company VoiceLabs said that there is only a 3% chance that a person will return to a voice application within seven days of install. Retention rates are a key metric for any developer or publisher. Or, at least they are in the Web and native apps world.

The problem that companies face to date is that there has not been a single voice app that has successfully monetized, VoiceLabs said. Both the Amazon Echo and Google Home have benefitted from an increased consumer interest in voice user interfaces but there is still not a killer voice app.

According to the VoiceLabs 2017 Voice Report, the unexpected success of the Amazon Echo made a voice-first ecosystem a viable prospect for brands, with more companies expected to invest in voice apps over the next 12 months. Amazon and Google devices will be the first port of call for most developers, with voice-first app adoption rates accelerating as a result.

“Right now, Amazon and Google hold tremendous power in acquiring new users for these applications,” said VoiceLabs CEO Adam Marchick, in a blog post. “A few applications have strong organic discovery, but platform promotion is the lionshare. Amazon and Google, at the time of this report, are the ‘kingmakers’ for apps. Platform promotion comes in a handful of flavors, primarily via in-mobile app feature, and via other platform-owned applications … like News Briefing on Alexa.”

Why 2017 Is Crucial For Voice Interaction

VoiceLabs said that 2016 was a year of voice-activated experimentation, with Amazon’s Alexa the only platform to scale successfully.

The fact that Amazon made a concerted effort to increase not only the amount of “skills” in its dedicated voice app store but also raise consumer awareness is the reason why Alexa is still the dominant voice in the ecosystem. This may change over the coming months as Google pushes its own agenda with the addition of contextual conversation actions.

Irrespective of what Google decides to do, for now the Echo is the device that most people associate with voice user interfaces.

In the last six months, the number of Alexa skills available to device owners has increased by 500% to around 7,000. Amazon has continually cited the fact that it is actually very easy to build Alexa voice activations, especially for categories such as news, trivia games and lifestyle.

On the flip side, the majority of these skills are either zombies—accessible but unused—or pointless, as The Verge reported. Both of these problems are not unique to voice-controlled apps, especially when you think about the bloated nature of the App Store and Google Play. The difference is that app reviews for the Echo are also light on the ground—69% of Alexa skills only have one customer review, said VoiceLabs.

A major concern associated with the emerging voice-activated app economy is that the hardware is often used for the same things we do on a smartphone. A recent report by Gartner said that the global market for voice-activated personal assistants will reach $2.1 billion by 2020, but only 3.3% of households would have a device. And those that do own a device will have some familiar habits.

An in-house survey by VoiceLabs conducted in December said around 46% of people who own either an Amazon Echo or a Google Home liked to use the device to play music or listen to books. Less than 30% used a device to control their smart home. Only 1.1% said they used the device for business services, with 2.7% choosing branded content.

“The first question is whether the platforms are committed to supporting a third-party ecosystem,” Marchick said. “Handing off voice experiences to independent developers can lead to inconsistent quality, abuse of the platforms, and requires a lot of effort to manage. However, the benefits of thousands of developers innovating on your behalf greatly outweigh the costs. Imagine if the iOS platform only supported Apple-built mobile apps.”

The Voice Ecosystem Has Major Needs

Despite the low retention rates and lack of actual monetization, the report predicted a bright future for voice-activated apps. This should not come as surprise when you take into account that VoiceLabs is a startup that wants to deliver voice-related insights to developers and brands.

To a certain extent, nobody really knows how voice interaction will take off from a commercial perspective. Are metrics like retention, time spent and sessions performed the right way to judge a whole new medium? How will developers be able to monetize without definitive key performance indicators that they can sell to brands or advertisers?

The entire system of metrics and monetization that has defined the Web and mobile generation of the Internet may need to be rethought for voice platforms.

The market will remain immature for the moment, although 2017 will likely be a year of small wins for the voice-activated space as a whole. Both of the major platforms will use the tried and tested method of push notifications to proactively prompt people to become hands-free, the report said.

At the same time, the established leaders in the field— Amazon and Google—will use the next 12 months to hone what they are already good at. Amazon will “excel” at voice-driven shopping, Google will focus on improved search and personal productivity.

“The ecosystem has major needs and Amazon and Google realize this,” said Marchick. “It is almost more exciting that we have seen such growth with such limited capabilities. We expect 2017 to be a year of major platform releases.” 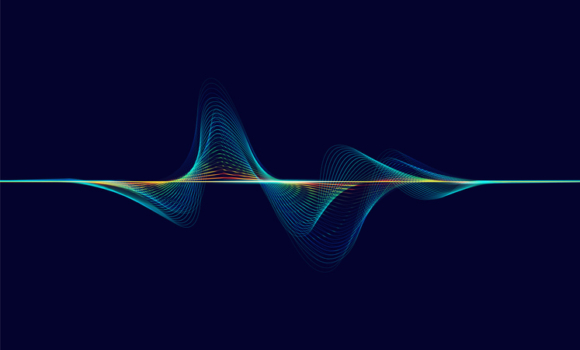 5 Lessons Learned from VoiceTalk: The State of Voice for Enterprises